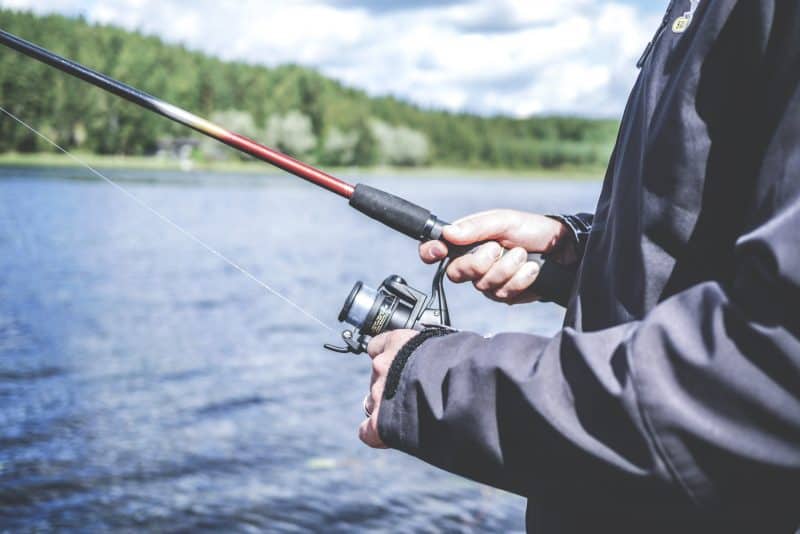 There is an impact neutral rollover of coho remaining from the mark selective summer season to the non mark selective September season from Cape Falcon to Humbug Mt. This results in a net increase of 6,640 coho in the non selective coho season and a revised quota of 15,640 coho.

The non selective coho season is open each Friday through Sunday through the earlier of the quota or September 30. Open days within September may be adjusted by further action.

Angling for Chinook salmon is open 7 days per week through October 31 within the area from Cape Falcon to Humbug Mt.

RATIONALE AND NOTES: The recreational season in the area from Cape Falcon to the Oregon/California Border landed an estimated 40,404 coho during the June 22 to August 25 mark selective season. This left 49,596 coho available to rollover on an impact neutral basis to the non selective coho season from Cape Falcon to Humbug Mt. which opened on August 31. This season was scheduled to open on Saturday, August 31, and then open each Friday, Saturday, and Sunday through September or the quota of 9,000 coho. When the calculations for the impact neutral rollover were made by the Salmon Technical Team, the resulting rollover was 6,640 coho, and resulted in a revised non selective quota of 15,640 coho.

The opening two days of the non selective season (August 31 and September 1) saw total estimated landings of 5,164 coho or 57% of the original quota. With the rollover, there are enough coho remaining on the quota to insure the next three day opener from Friday, Sept. 6 through Sunday, Sept. 8 could proceed. Catches from this opening will be evaluated early next week to determine if any changes need to be considered for the next open period.

Ocean salmon fishing for Chinook salmon from Cape Falcon to Humbug Mt is open. If enough quota remains the ocean nonselective coho salmon season maybe open again this coming weekend. Chinook must be a minimum of 24-inches long and coho must be at least 16-inches.

Tuna are still being caught 20-35 miles off shore when conditions allow anglers to get on the ocean.

Warmer water and lower flows on the Chetco have slowed trout fishing in the mainstem, but anglers willing to do a little walking can find some great cutthroat trout fishing in some of the tributaries to the Chetco through Oct. 31. As always, please be sure to have landowner permission prior to walking across private property.

Fishing for rockfish inside the Coos River Basin bay has been good near the submerged rock piles. Fishing is typically best near slacktide. Boat anglers are no longer able to harvest copper, quillback, or China rockfish for the remainder of the year because we reached our catch limit on these species. A jig with a twister tail can be a great bait for catching rockfish.

Salmon fishing has been decent one day and poor the next couple days in Coos Bay. Anglers have been trolling from the Empire Boat Ramp to the Chandler Bridge. Catch rates have been best near the high slack tide.

Trout fishing in streams and rivers remain open through Oct. 31. Anglers may now use bait through the end of the trout season. Some anglers have had success catching sea-run cutthroat trout in the upper reaches of tidewater.

A few smaller striped bass have been caught on the lower end of the Coquille River. Most anglers are using cut bait or nightcrawlers fished with sliding sinkers on the river bottom.

The smallmouth bass bite is also good at this time in the mainstem and South Fork Coquille rivers. Smallmouth bass will bite on worms, jigs with a twister tail, crankbaits, and small spinners.

A few salmon anglers have been trolling for fall Chinook around Bullards Beach and Rocky Point but overall salmon fishing has been slow.

Temporary fall Chinook salmon regulations start on Aug. 1. Salmon anglers in the Coquille Basin will only be able to harvest 1 wild Chinook per day and 2 wild Chinook for the season in aggregate from all waters from Coos Basin, Coquille Basin, Sixes River, and Elk River. The Coquille River will be closed to salmon fishing upstream of Sturdivant Park Bridge (Highway 42S Bridge).

Trout fishing in streams and rivers remain open through Oct. 31. Anglers may now use bait through the end of the trout season.

Diamond Lake has been decent. Recent reports indicate most successful anglers are using flies with a quick retrieve or trolling. Others are having good success with floating bait off the bottom. If one technique isn’t working switch to something else

Diamond Lake has been stocked with tiger and brown trout. These fish are intended to assist in controlling illegally introduced tui chub. These trout are catch-and-release only and need to be released immediately and unharmed if caught.

As August water temperatures rise and levels drop on the Elk River, fish will congregate in the cooler and deeper water. Tributary mouths and deeper holes are excellent spots to fish for trout. Through Oct.31, two rainbow trout per day may be retained per day. Rainbow trout over 16-inches are considered steelhead. Please see the southwest zone regulation exceptions in the ODFW Sport Fishing Regulations book for more details.

The Rogue bay has been slow for Chinook. Most of the fish are being caught downstream of Highway 101. Chinook numbers should continue climb through August.

A good number of hatchery trout have also been reported in the upper river and these can make for fun bank fishing, especially on a fly. A reminder that anglers can keep 5 hatchery trout a day on the Rogue River.

As of Aug. 28, 174 new summer steelhead had entered the trap at Cole Rivers, for a total of 2,266 steelhead to date. Excess hatchery adult summer steelhead from Cole River Hatchery are being recycled back into the fishery and anglers are reporting success in catching these fish by drifting eggs.

The Rogue above Lost Creek Reservoir will be stocked for the final time of the summer this week. This is a great section of the river to fish to avoid the valley heat as water remains cold in this area throughout the summer and trout are still biting.

In addition to stocked rainbow trout in the mainstem, the tributaries also support naturally produced trout.

Anglers can cast flies or smaller lures like a Panther Martin or rooster tail. Often tipping the lure with bait helps to produce. In slower holes, fishing straight bait such as nightcrawler, Pautzke eggs or even PowerBait will produce.

Bass fishing has been good on Tenmile Lakes. Anglers are catching most of the bass along the deeper weedlines and submerged trees. Topwater lures have been catching bass in the low light periods or even in the shade during the middle of the day.

Yellow perch fishing continues to be decent with anglers catching yellow perch along the edges of weedlines. Most of the fish are under 10-inches long but there are a few 12-inch plus fish being caught.

Trout anglers continue to troll for trout. A few trout have been caught on bait by anglers targeting yellow perch.

On the Umpqua River, some fall Chinook have been caught in the bay, and hopefully the end of August and September bring more fish. Please note there is no retention of unclipped coho salmon in the river, but fin-clipped coho is open in the river as part of your two adult salmon daily limit. The river regulations start at the tips of the jetties.

Bass fishing has been good in most of the main.

There have been some reports of anglers catching summer steelhead on the north river, but it has been slow.